Watch The Foo Fighters get schooled on Metallica’s “Enter Sandman” by a 10-year-old guitarist (at their own concert)!

It is a rare day when someone can out-rock The Foo Fighters. As one of the longest running, true rock bands still out there today, they carry a long history of skill and talent. At a recent concert in Missouri, that’s exactly what happened… a 10-year-old schooled the band, on-stage, with Metallica’s “Enter Sandman.” 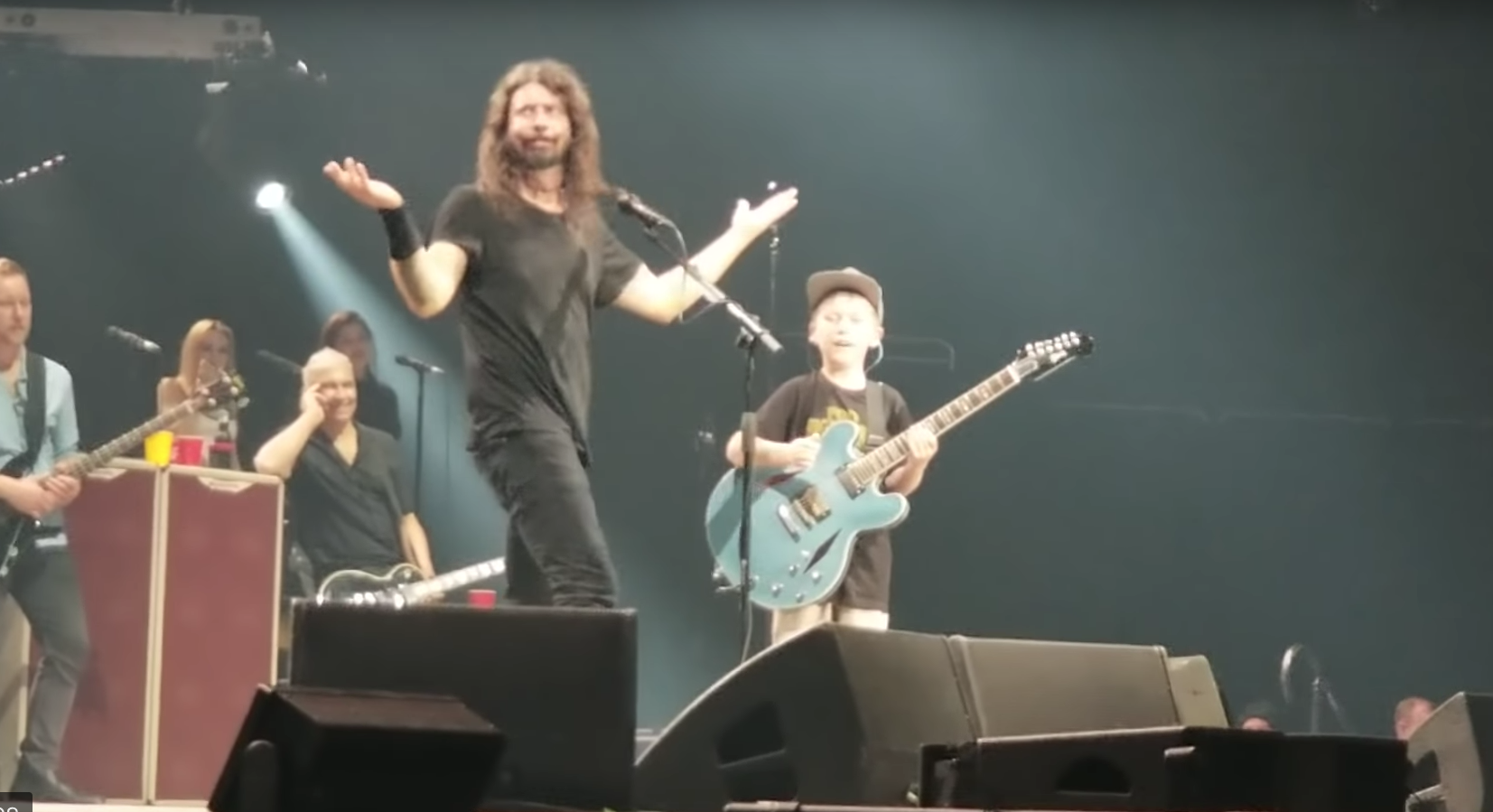 While playing a concert in Kansas City this weekend, Dave Grohl spotted a kid near the stage doing some intense air-guitar… and apparently there was something that stood out about young Collier Cash Rule because the next thing he knew, he was invited up onto the stage. No one, including Grohl, expected the kid to be any better than an average 10-year-old learning guitar; and as the video shows, everyone was wrong. (Of course, it makes sense for a kid named after Johnny Cash.)