Is Denver Aiport’s 32 foot sculpture “Blue Mustang,” AKA Blucifer, really meant to honor the Devil himself?!

What if I told you that just outside DIA (Denver International Airport), there is a giant blue horse that stands in tribute to the fallen angel Lucifer and violently killed its creator before it was finished. Would you believe me? What if I told you at least half that statement is true? Read on to learn the story of “Blue Mustang,” often referred to as Blucifer.

“Blue Mustang” was created by Luis Jiménez and consists mostly of fiberglass materials. The sculpture’s most notable features are the deep-set, red glowing eyes, which seem to follow you as you drive in and out of the airport. It is said that this feature is a sure sign the sculpture was made in the image of the Four Horsemen of the Apocalypse, and honors a crime-solving, club-owning… (sorry, I’m mixing up Netflix with the Bible again!) the Devil. The demonic part might be all conspiracy theory, but it doesn’t help that the artist actually died as a result of making Blucifer. 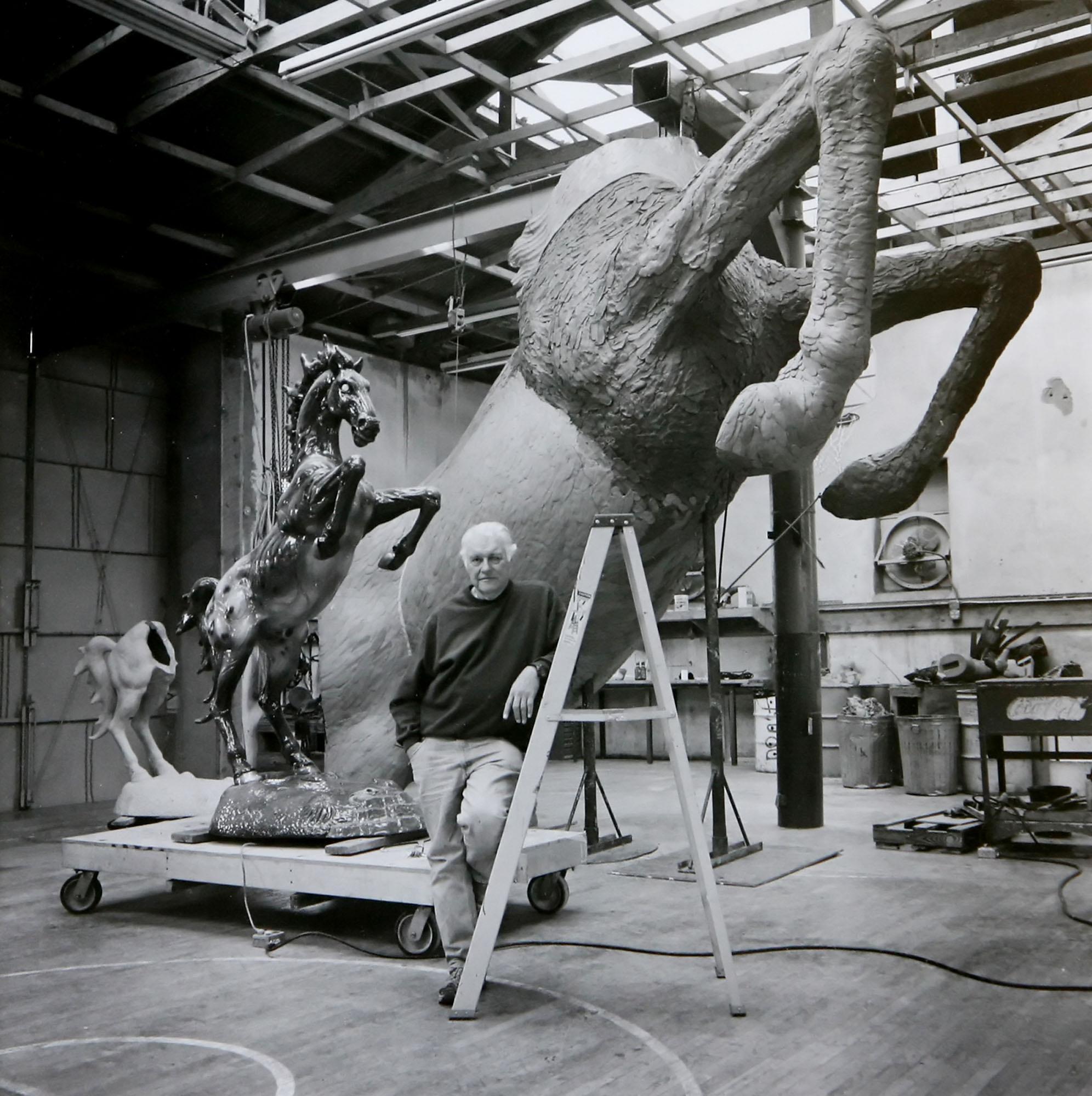 When Jiménez was almost finished with his commissioned work, a part of the sculpture fell and caused him to severe an artery in his leg. He died in his New Mexico studio, leaving those who knew and worked with him to complete the “Blue Mustang” statue in his honor in 2008. Blucifer isn’t the only legacy Jiménez leaves behind, his fiberglass work can be seen all over, including the Smithsonian.

The vivid blue coloring all over the animal anatomically correct figure is a clear nod to Jiménez’s love for traditional Mexican muralist and the bright colors he would have encountered as a boy growing up and working in his father’s sign shop in El Paso, Texas. [source] The next time you’re arriving or departing DIA, be sure to salute old Blucifer, and, instead of the silly conspiracy theories, pay extra attention to the beautiful work imagined and brought to life by an incredibly talented artist who died for his craft.