I think John Krasinski just won the new “YouTube Late Night” game (and he doesn’t even have a late-night show!). Sure Jimmy Fallon, Jimmy Kimmel, and Seth Meyers, among others, have been doing their very best without a studio and an audience; but make way for John Krasinski, with his new web series, Some Good News. Last week, he delighted fans of The Office by reaching out to Steve Carell online; but this week, he brought Hamilton fans to their knees by reuniting the entire original Broadway cast. 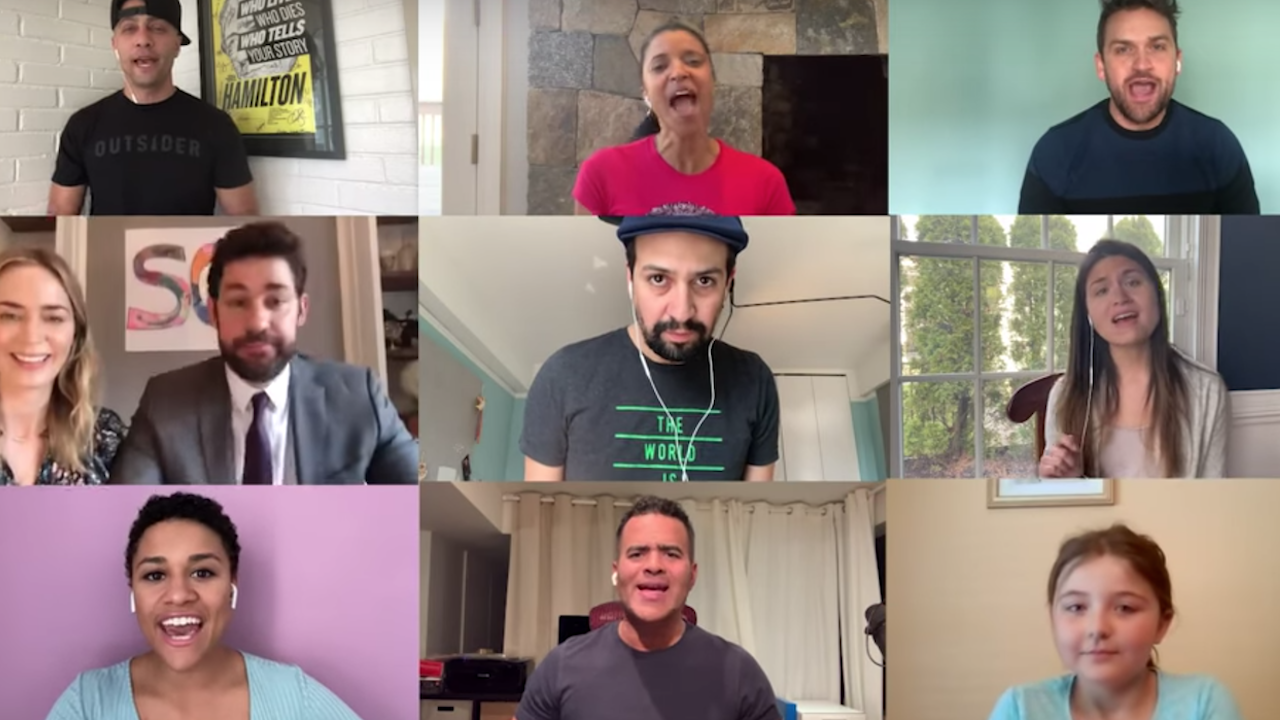 A Typical British Day by Emily Blunt and James McAvoy

Krasinski learned a young Hamilton fan wasn’t able to make a local performance due to virus shutdowns and connected with her on Zoom. Aubrey was first introduced to Emily Blunt and was then surprised by guest Lin-Manuel Miranda. And, if that wasn’t enough, the entire original Broadway cast of Hamilton joined in to sing the famous title track, “Alexander Hamilton.” The performance included Leslie Odom Jr., Anthony Ramos, Daveed Diggs, Okieriete Onaodowan, Christopher Jackson, Phillipa Soo, Jonathan Groff, Renée Elise Goldsberry and more. How is it possible that John Krasinski brought them all together (and not Fallon or Kimmel)? Well done sir, well done.

If you haven’t seen the second episode of Some Good News, or just want to check it out again, press play below – you won’t be sorry!