Snow Child is a musical tale of magic, equality between sexes, and the Alaskan wilderness during Prohibition.

Snow Child, a new musical that debuted at The Arena Stage in Washington, D.C. on April 13th, follows a childless couple as they make their new life in the wilderness of Alaska. The couple, desperate for a child, begin to encounter a wild girl in the snow, but it seems only they can see her.

Adapted from the novel by author Eowyn Ivey; although it was first published in 2012, the novel remains a popular book club choice today. The story, based on a Russion folk tale, revolves around Jack (Matt Bogart) and Mabel (Christiane Noll), a couple that lost a child and reacted by moving from Pennsylvania to Alaska. When the musical opens, Mabel is considering suicide as she walks across an icy river. Just as she has all but given up, she hears the voice of a young girl singing and the voice gives her hope again.

All of the performers were excellent and performed each song with as much energy as they could. The problem was, they didn’t have much to work with. The story and the music were weak and not at all memorable. There were very few songs that I liked and sadly, not a single one stood out. An hour after leaving the production, I couldn’t recite a single lyric or song title, which is not a very good sign for a musical.

Everything outside of the story and music (sadly, two of the major components of a musical) was brilliantly done. The scenery was gorgeous and the puppets and puppeteers were masterful as the forest and farm animals. Visually, the musical seemed perfect for younger children, but the story content is not really targeted toward kids.

Unfortunately, the short cuts taken in the musical leave out some of the more important details of the novel’s story. For this very reason, choices that characters make can seem confusing or unexpected, and not in a good way. The flow is choppy at best and the first half suffers greatly as a result.

But despite a rough first act, stay for the second act. If the entire musical had the same tone as the second act, I would’ve enjoyed the entire play so much more. Mabel finds an inner-strength she didn’t know she had, Jack battles back from death, and I actually started to like the whiny neighbor kid! The story gets increasingly better and the music… well, the music still sucks but hey, at least the story improves. 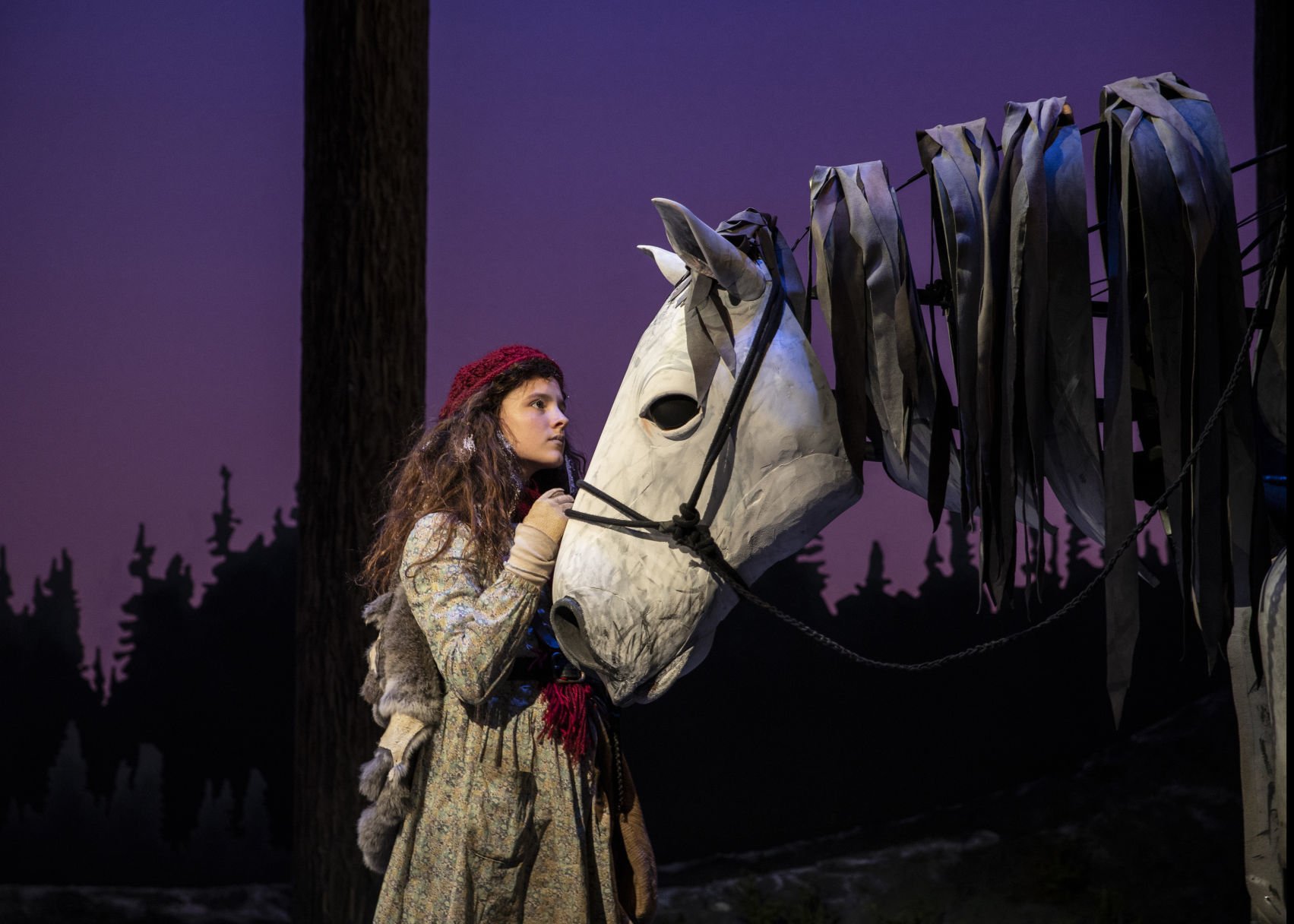 Snow Child, a musical based on the novel by Eowyn Ivey

Not having read the book prior to seeing the musical, I was satisfied with the ending. But be warned, for those who have read the book, the ending may not dig as deep into the novel as you were hoping. I wish I could rave about this musical, but I just can’t. A musical theater production with boring music isn’t worth anyone’s time, especially when you’re a music theater fan.

When Snow Child leaves DC, it will move on to Alaska and I hope, for the sake of everyone involved (except the composers and playwright), it is received better in the story’s home state. But as always, go see the musical if you’re interested and decide for yourself if the theater adaptation is worth your time.