The Genius Behind the London Tube and Other Worldwide Subway Maps

When you look at subway maps, do you appreciate the skill and design that went into its creation? You really should!

Harry Beck started a design trend when he came up with a new way to map out the London Tube system. Beck’s design has influenced the design of many modern-day subway maps in major cities around the world. So what is it about these maps that make them so brilliant? 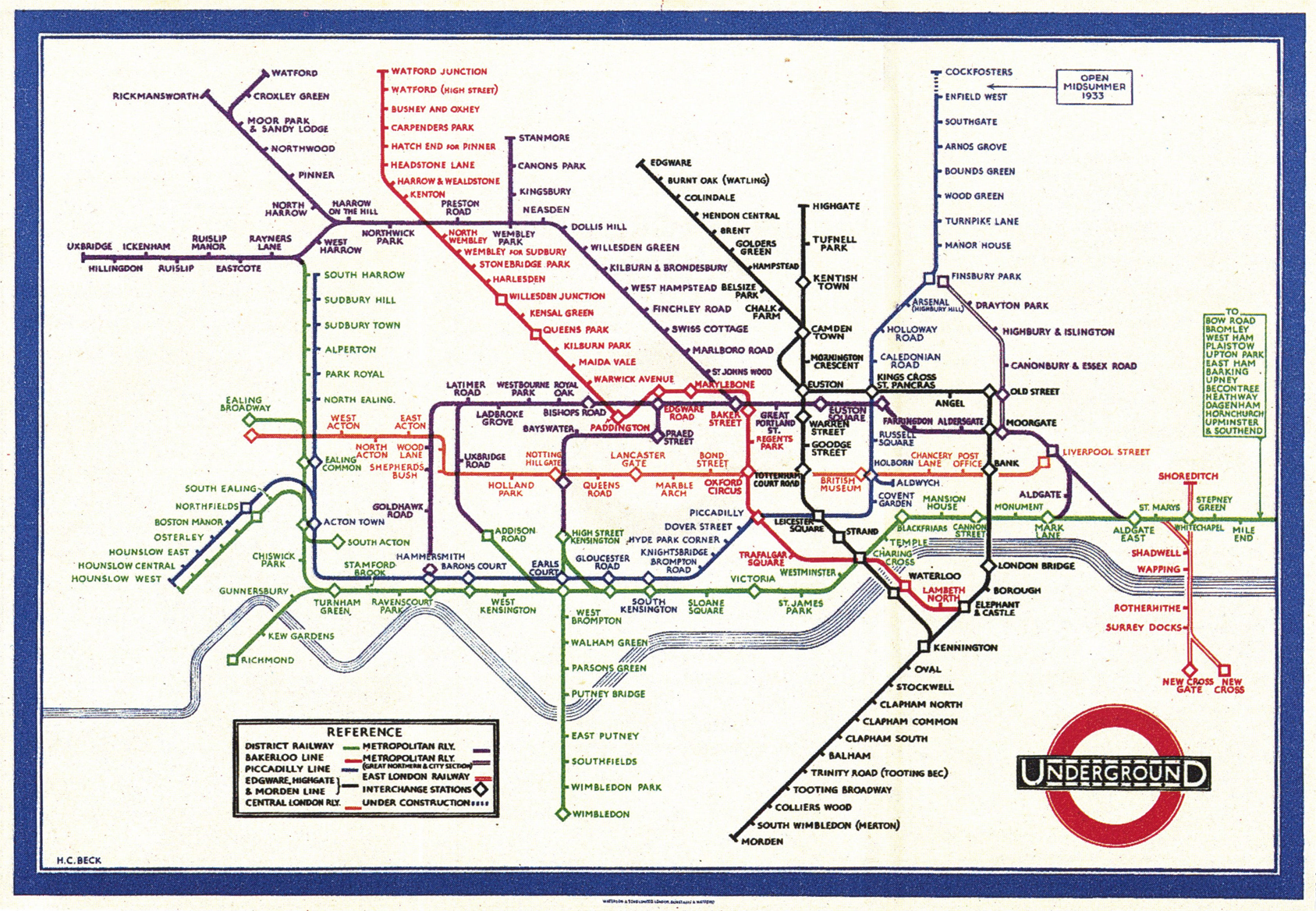 Before Harry Beck came along, a subway map looked similar to a road map; they incorporated real distance, water-ways, major roads, and county or district lines. Beck realized that the geography of the surrounding areas were not important when riding a subway underground. Riders need to be aware of the order of stations and a general sense of train direction; the specifics that cars needed, were not needed for the London Underground. As the video below states, Beck turned geography into geometry.

The result of Beck’s design was a map that was easy for riders to use and navigate and quickly other cities began to develop similar maps of their own. Find out more about why Beck’s design had such an impact in the video below: