The Coldest Case is an action-packed experience you won’t want to miss! Check out my quick thoughts on the audible original prequel to James Patterson’s bestseller The Black Book.

The Coldest Case by James Patterson is an audible original and only officially available in audiobook format. Which, to be honest, is exactly how it should be. While the plot is good and the ending works, what makes this particular story stand out is the stellar cast and carefully implemented audio effects. Starring Aaron Paul, Krysten Ritter, Nathalie Emmanuel, Beau Bridges, Alexis Bledel, and Mark-Paul Gosselaar; the presentation is packed with great acting and seriously dramatic turns. 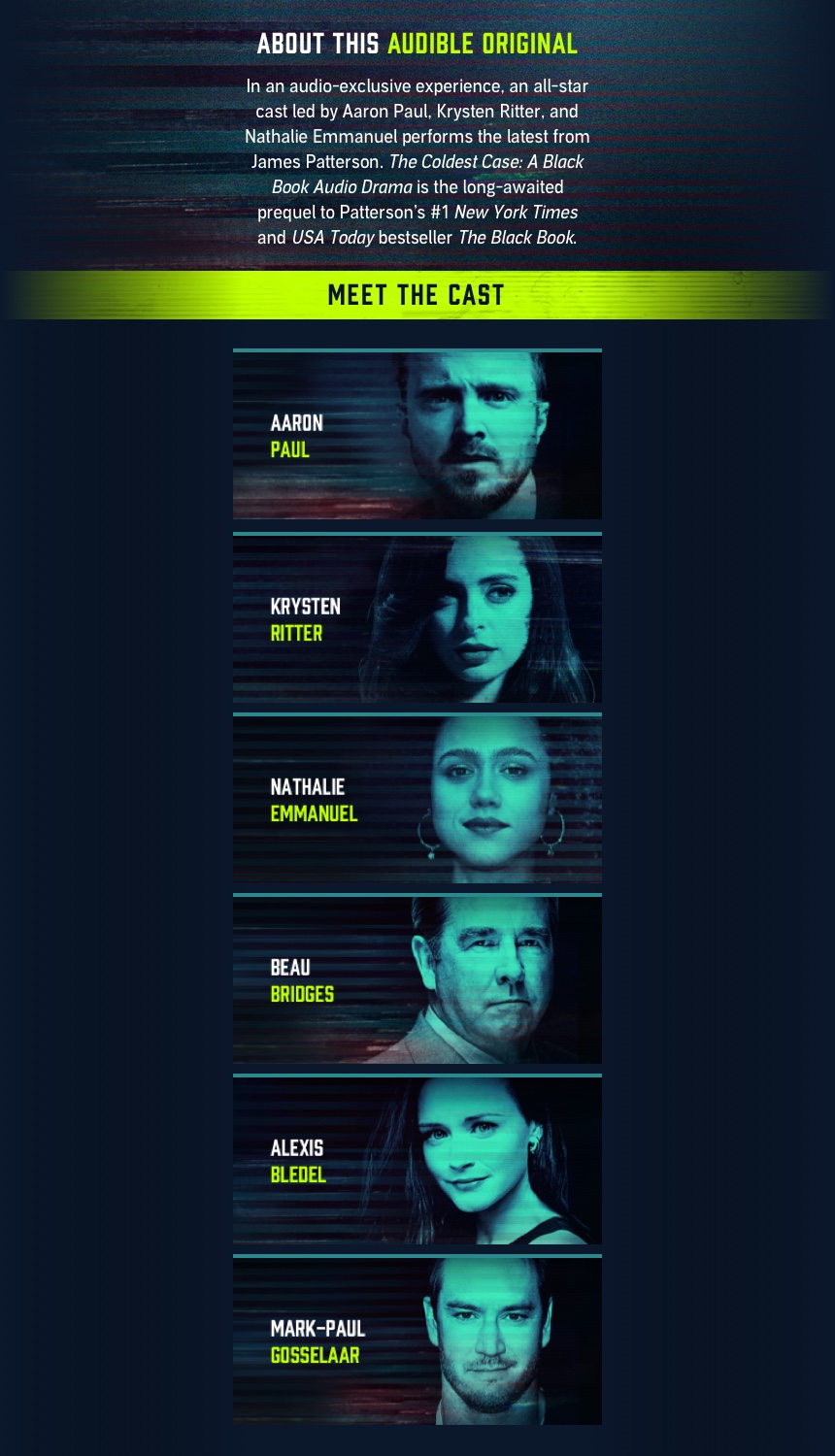 The story is a prequel to one of Patterson’s best selling books, The Black Book and is labeled as book 0.5 in the Black Book series. You certainly don’t have to read The Black Book to enjoy The Coldest Case (I’m proof of that); and similarly you don’t have to listen to the prequel to enjoy reading The Black Book (I am 100% making that assumption based on the fact that the book was released first). In truth, the whole experience feels like a fun, episodic, fictional podcast and stands perfectly on its own.

Unlike most audio books, because there is no written component, there is no narrator, only characters reading their lines. The James Patterson audiobook is more like an audio-drama than a traditional book – instead of “she saids or he saids,” characters are all assigned to a separate actor/actress, so you’re always aware of which character is talking. Also, there’s no direction or narration of action; everything is contained within sound effects or a character’s lines. 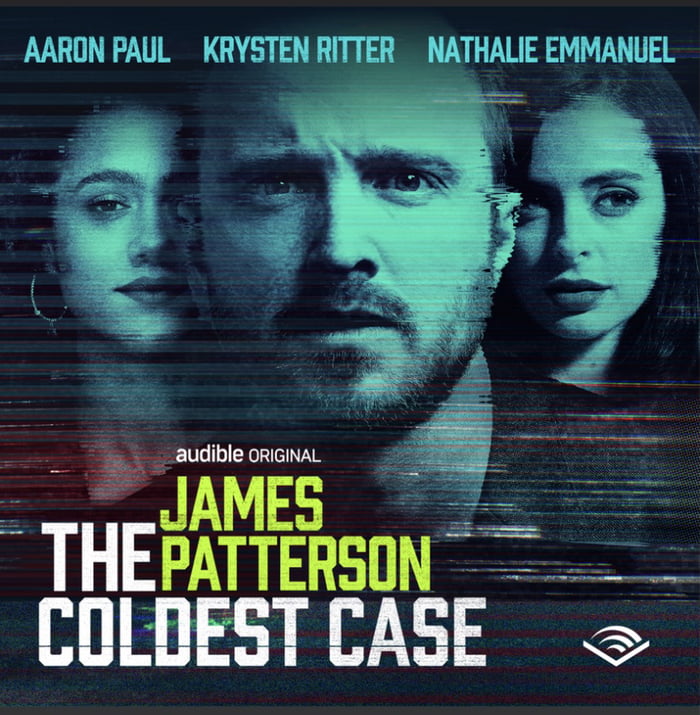 If you’re in need of new audio entertainment, I really can’t stress what a great selection The Coldest Case is. It’s fast, fun, and filled with familiar voices. It’s an audio adventure worth taking!

In the shadowy depths of Chicago, a web of lies and deceit spins faster than the long arm of law can catch it. Set on a sinister path alone, can Detective Billy Harney unravel it before it’s too late? Find out in James Patterson’s riveting audio drama, The Coldest Case: A Black Book Audio Drama, only on Audible.