Food Bites: The History of the McDonald’s McRib

McDonald’s McRib is a polarizing sandwich, but for its fans, it is gift from… the MILITARY?! It’s fast food history time!

I know, for a lot of you, it’s not cool to like the McRib from McDonald’s, but I gotta be honest, it’s one of my absolute favorite fast food treats. Maybe it’s due to the genius “limited time” availability; maybe it’s the fact that I’m constantly told I shouldn’t like it; but for whatever reason, when that tasty sandwich is available, I can’t stop craving it. Even now, while I write this, I am yearning for that meat patty slathered in barbecue sauce, pickle slices, and slivered onions, all on that basic white roll. 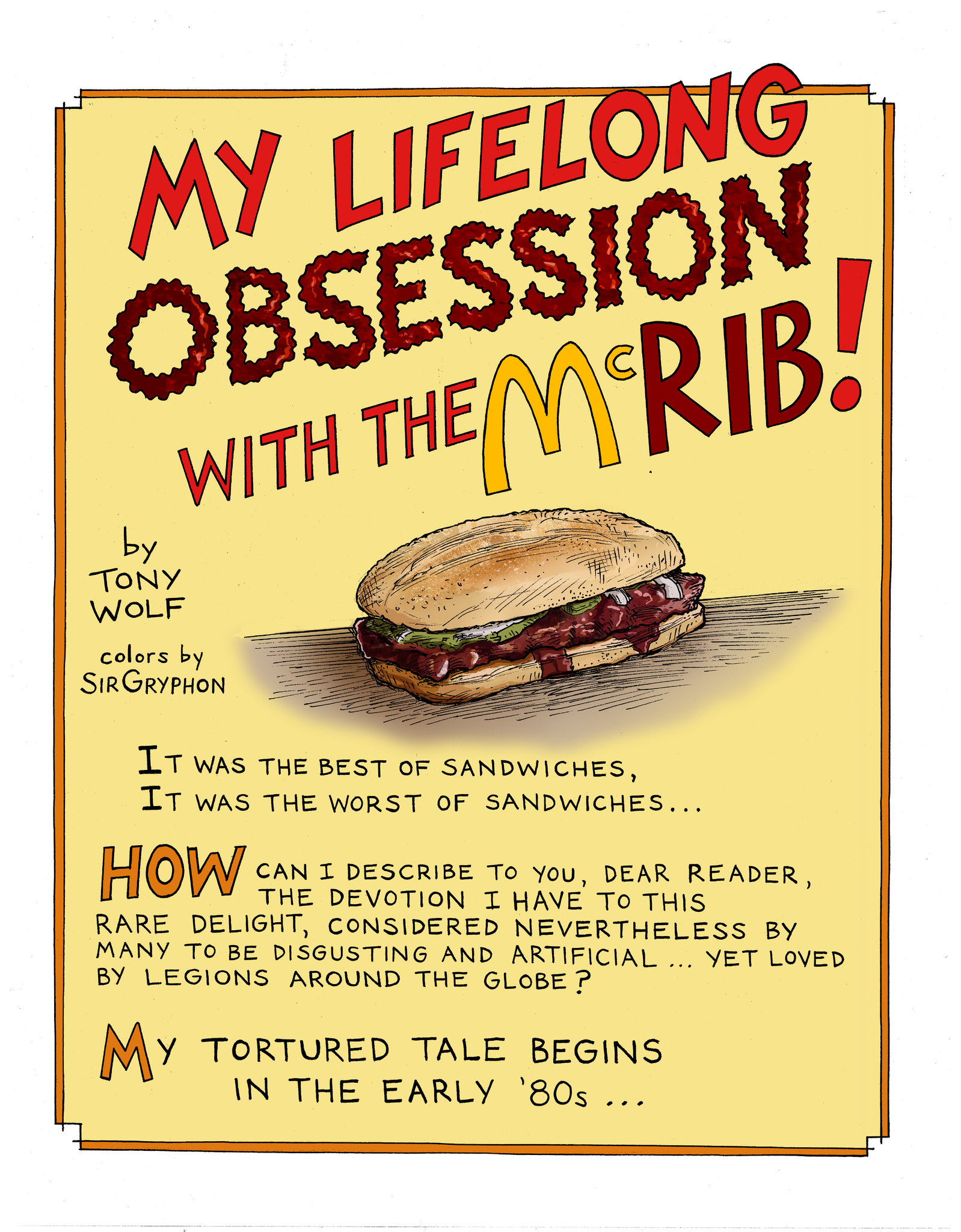 Even though I’ve been a fan of the McRib since the 90s (it’s been around since the early 80s), I never stopped to wonder about its history. When I was introduced to the sandwich, it was a permanent fixture on the menu and I assumed it had been that way since it first showed up at McDonald’s. I didn’t realize the sandwich had been disappearing and reappearing on the menu for over a decade at that point. I also didn’t realize that the movie, The Flinstones starring John Goodman, was the reason it was suddenly available all the time. But the most surprising (and yet, somehow not surprising at all) fact I learned is that this delightful sandwich was inspired by military MRE meals.

Whether you’re a fan of the McRib or not, this fun look at the sandwich’s history will keep you entertained and teach you a little something at the same time. (Now, if you’ll excuse me, this video has made me desperate and I need to go figure out how to make a subpar version at home!)

You might think the McRib is a questionable fast food cult classic at best, and a BBQ soaked gimmick at worst. But did you know the divisive fast food sandwich’s origins trace back to a military meat experiment, a classically trained European chef, and a chicken nugget shortage? In this episode of History Of, we’re getting (pork) shoulders-deep into the origins of McDonald’s meme-worthy McRib. How did a trip to Charleston help provide the inspiration for the McRib? Why were the Flintstones so integral to the sandwiches resurgence? And what are the biggest conspiracy theories as to why the McRib comes and goes from menus? Host Janae Price covers all this and more, in just over 6 minutes.